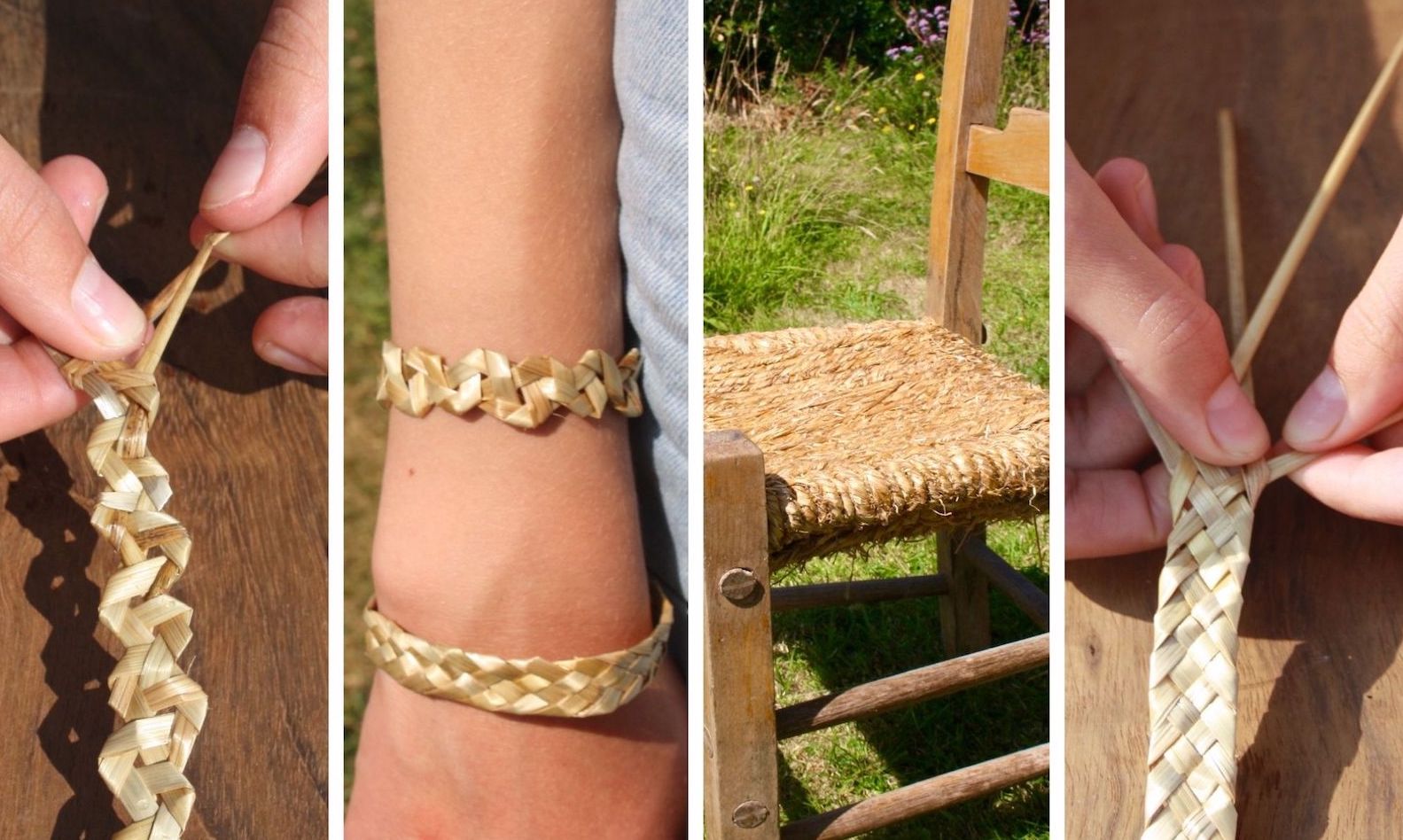 An Tionscadal Tuí / The Straw Project

The Straw Project is a project inspired to explore our native craft traditions using straw to get access to good materials for this craft. Grain was sourced and grown over the summer of 2021 so we could use the straw for our projects . Events and workshops were held in August to learn straw craft and explore harvest traditions. We also  completed a Súgán chair project where 5 Cork based furniture makers have made a contemporary chair in their own style. They attended a workshop in early September to learn about Súgán rope making and chair seating . Some of these chairs can be seen at our studio in Ballydehob.

History of Straw use and the  Project

Straw was once a plentiful waste product of food production in the days when Ireland grew the vast majority of grain that we consumed. Much grain was often gown on very small level and oats was the predominant grain especially in the poorer soils in the west .

So it made sense that in times past  when people were resourceful and creative with what was around them that they found many ways to use this material. The traditional Súgán rope was made annually and many metres were made by young and old – two people were mainly involved to make the quick single strand rope with a thraw hook { or a ‘cipín ‘as it was known as in Cork }  . I have met quite few people who do not have fond memories of this when they were young children as it was a farm job they were given to do when they had more fun things to be doing!! But many also have very nostalgic memories of this practice .

This Súgán rope was used for many practical uses from holding down thatch to tethering animals  and also seating the Súgán chair. As part of the Tionscadal Tuí [ The Straw project }   project we will be working with some furniture makers who will make their own contemporary version of the Súgán chair and they will then attend a workshop in September to learn the traditional way of seating these with Súgán rope – or súgán láimhe  which is just one of the many local Irish names.

As well as rope, straw was also used for many other creative uses both practical and decorative – whole chairs were made from straw,  as well as beehives, baskets, thatch, saddles and mattresses. Fine plaiting of straw was a regular occupation for women at home and it was sold on to hat makers. in the 1800s Cork city was a major centre for this straw plaiting  and one reference states that a women could make ‘shilling and three pence a week from her labour’

Our literature  from great writers make lots of reference to these old traditions. The popular irish song Casadh an Súgán { the turning of the rope } is about using this technique to try get an unwanted individual out of a house party as he has to walk backwards out the door. And one of Seamus Heany’s most celebrated poems is The Harvest Bow which is about the tradition of wearing this decorative item – the Harvest Bow- by his father . The Harvest Bow is made from straw and we made these in each of the 3 workshops and events during the project in August.

An Tionscadal Tuí has been supported by Creative Ireland and is a collaboration between Cork Craft and Design, Kilcoe Studios and Brown Envelope Seeds .

sChair below are made by Alison Ospina, Joe Bishop, Eleanor Cahalane, Cian O Driscoll and Sara of Mori Art . 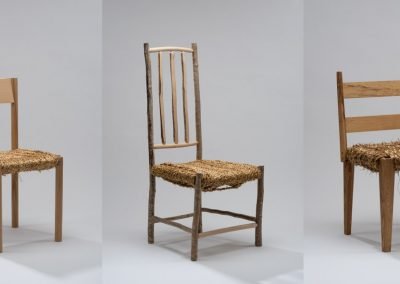 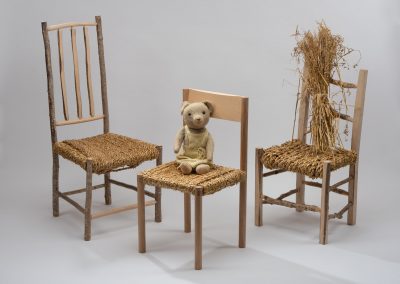 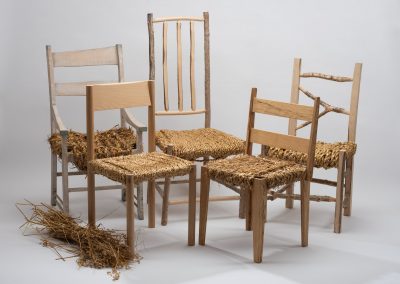 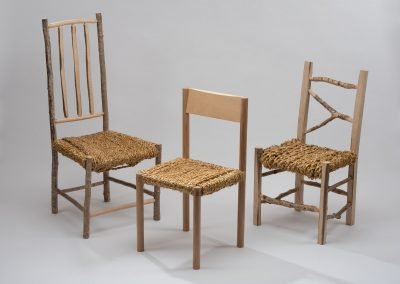